This website aims to provide useful legal information for those natural or legal persons who wish to enter into any kind of relationship with Iraq - focusing on some aspects related to international law and domestic commercial law. This site does not intend to describe in an exhaustive manner international law or domestic commercial law, but simply to focus on the most practical and interesting aspects for those natural or legal persons who wish to undertake business relations with the country. This website has no political content: it is free and open to all subjects who intend to contribute in the field of civil, commercial and administrative law. For any information, clarification, or suggestion, you can contact us at: mail@decapoa.com 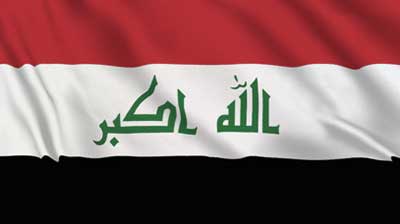 The Republic of Iraq is a federal state born from the fall of the Ba 'th Arab Socialist party regime in 2003. Among the Arab countries, Iraq stands out for the important economic renewal phase it is going through. Due to the conflicts that the country has experienced, the Republic of Iraq is currently experiencing a phase of reconstruction of its infrastructure, a circumstance that represents an excellent opportunity for foreign investors to penetrate the Iraqi market. Furthermore, the Republic of Iraq is an important trading partner, in terms of the supply of raw materials, among which the reserves of oil and gas are of great importance. In particular, important is the predominant role played by Iraq over the years in the political and economic development of the international oil market. The current Federal Republic of Iraq boasts the status of founding member of the OPAC (Organization of Petroleum Exporting Countries) and ranks as the first oil producing state to nationalize part of the oil industry. The Iraqi oil field - quantified according to some studies at 115 billion barrels - is second in size only to that of Saudi Arabia. For these reasons, in the last 30 years the country's political and economic choices regarding oil exports have had a particularly significant influence on the variations in the price of the same on the international market. Furthermore key is the country's ever-growing potential in the production of electrical and electronic components for civil and industrial engineering.The development of the Iraqi economy in this sector has certainly been facilitated by the massive adoption by more or less large companies of e-commerce systems. The adoption of the online sales system has not only allowed the country to promote the hi-tech industry internationally, but has also, consequently, led to an increase in jobs in this sector. Despite the reconstruction phase that Iraq is experiencing, the country’s criticalities remain numerous, so it is highly advisable to use the work of Iraqi agents and / or distributors to penetrate the territory. The law firm de Capoa & Partners, thanks to its more than thirty years of experience in the field of international law as well as the close collaborative relationships it maintains with qualified local professionals and internal native speakers, can offer interested entrepreneurs a quick, efficient and perfectly aware consultancy. the complexity of the Ghanaian legal-economic reality.

» DUE DILIGENCE ON IRACHENIAN COMPANIES AND, IN GENERAL, ON NATURAL AND LEGAL PERSONS

» JUDICIAL PROCEEDINGS BEFORE THE IRACHENIAN COURTS