This website aims to provide useful legal information for those natural or legal persons who wish to enter into any kind of relationship with Hungary - focusing on some aspects related to international law and domestic commercial law. This site does not intend to describe in an exhaustive manner international law or domestic commercial law, but simply to focus on the most practical and interesting aspects for those natural or legal persons who wish to undertake business relations with the country. This website has no political content: it is free and open to all subjects who intend to contribute in the field of civil, commercial and administrative law. For any information, clarification, or suggestion, you can contact us at: mail@decapoa.com 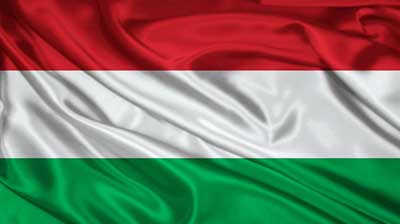 Hungary is one of the most interesting and attractive countries among the member states of the European Union and Central-Western Europe in general: it has reacted positively to the economic crisis of recent years, has an economy currently in recovery and today it is a very important business center, particularly appreciated by international operators. Hungary has been a member of the European Union since 2004 and a member of the Shenghen space since 2007, but, unlike other neighboring countries, it has not adopted the Single Currency, so the national currency remains the Hungarian Forint (HUF ). The reasons for Hungary's attractiveness are many: the country has always presented itself as a natural interlocutor and bridge between Western and Eastern Europe, as well as the Balkan area; from logistic point of view it represents - due to its geographical location - an excellent platform for companies interested in operating in Eastern Europe and the Balkans, and vice versa; the banking system is excellent, as is the system of services, including those of a financial nature, of a high standing; it has an excellent system of incentives, both economic and fiscal, to attract foreign investors; has an excellent level of education, and skilled labor, with a very low labor cost; it has an efficient Public Administration, and the possibility of interacting with the Tax Administration, with the "preventive ruling" system; the legal framework is stable and in line with the most advanced European legislations. Our site aims to provide comments and analysis - from a technical point of view - on the main legal institutions of the country, and, more generally, on the Hungarian law, also with regard to certain issues related to pre-negotiation and to the actual negotiation, in order to offer real "guidelines", without any pretense of completeness, accompanied by (hopefully) useful practical suggestions. The law firm de Capoa & Partners, thanks to its more than thirty years of experience in the field of international law as well as the close collaborative relationships it maintains with qualified local professionals and internal native speakers, can offer interested entrepreneurs a quick, efficient and perfectly aware consultancy. the complexity of the Hungarian legal-economic reality.

» DUE DILIGENCE ON HUNGARIAN COMPANIES AND, IN GENERAL, ON NATURAL AND LEGAL PERSONS