» Issues hindering the modification of the" Prosecco "DOC 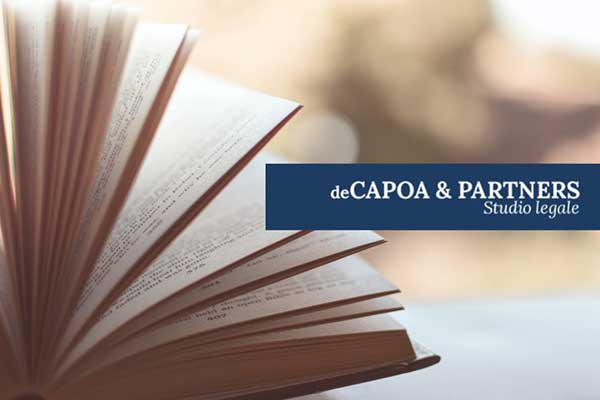 In recent years on the foreign market, requests for a new type of Prosecco have increased exponentially, namely Prosecco Rosè which, until recently, was neither recognized nor regulated by the rules of wine law and, in particular, the DOC and DOP. These new market needs have prompted the Prosecco trade associations to consider a modification of the production regulation, in order to introduce the type of wine "Prosecco Rosè millesimato" in the protected category of Prosecco DOC. This article intends to examine the modification process, considering the wine law regulations, as well as the consequences that will arise in the context of the export of "made in Italy" wine products.

The agri-food sector is distinguished by the high quantity and variety of products, a circumstance that requires a strict classification system so that certain products with certain processing characteristics and origin can be correctly recognized by the final consumer. To this end, a series of denominations have been established, including DOC, DOCG, IGT and others, which are governed by wine law as well as part of the common language. Specifically, the acronym given to the greatest number of products is the DOP, lett. "Protected Designation of Origin", which distinguishes foods and wines (including Prosecco) whose taste characteristics can be unequivocally attributed to belonging to a specific geographical area. It should be remembered that in the wine-growing context, the tracing of a product to a given territory acquires primary importance.For this reason, the DOP acronym is assigned only to food specialties produced and processed in limited areas and in compliance with a precise production regulation, handed down for generations. An example is the balsamic vinegar of Modena. The acronym DOC, on the other hand, is applied exclusively to wines produced in specific geographical areas characterized by particular conditions of vines, environment and production methods. A classic example is Prosecco, a white wine with a “Controlled Designation of Origin” produced in Veneto and Friuli-Venezia Giulia. A further level of exclusivity to the products is guaranteed by the acronym DOCG, “Controlled and Guaranteed Designation of Origin”, such as, for example, Brunello di Montalcino. Of particular importance is also the PGI acronym "Protected Designation of Origin", established by Regulation (EC) no. 510/2006, indicates foods and wines typical of a specific geographical area and which are produced, transformed or processed there: this means that at least one of the three production phases must be carried out in the specified territory, while the others may come from a different region or even from abroad. At the time of writing the article, in Italy3 there are at least 137 PGI food products to which are added 1184 wines including Prosecco. PGI products or wines can alternatively use the Italian abbreviation IGT, or “Typical Geographical Indication”, which however has been superseded by the PGI category. In order to benefit from the IGT classification, a wine in addition to respecting the conditions expressly provided for by Regulation (EC) no. 510/2006, in any case, must be produced with at least 85% of grapes from the indicated geographical area, in compliance with the rules of wine law.

With reference to the DOC and DOCG abbreviations, it should be noted that, although today they are still widely used, they have been included in the Community PDO category. Therefore, it has resulted in the development of two distinct wine classification systems, European and Italian. European legislation was introduced with EC Regulation 479/20085, relating to the common organization of the wine market, implemented in Italy with Legislative Decree 61/2010 ("Protection of designations of origin and geographical indications of wines, in implementation of 'article 15 of law no. 88 of 7 July 2009 ") which distinguishes wines with designation of origin (where we find the initials DOP and IGP) from wines without designation of origin (so-called" varietal wines "and" generic wines "), And with Regulation (EC) no. 491/20096. In Italy, however, the classification is provided for by Law no. 164/1992 which includes the abbreviations DOGC, DOC and IGT.

As can be easily understood, the products that are given these awards obtain an added value, as their distinctive characteristics are certified and their high quality is ensured. For this reason, the proposal to introduce the type of "Prosecco spumante rosé millesimato" among the DOCs, promoted by the members of the Consortium for the Protection of Prosecco Doc, was the subject of extensive discussion. The President of the Consortium, in fact, declared "It will be a very interesting way to diversify the offer [...] I think it will be possible to produce, after the 2020 harvest, from 15 to 20 million rosé bottles out of the 464 million produced in the Prosecco Doc denomination. ". Further support for this proposal also came from the current President of the Veneto Region, who claims that "Prosecco Rosé was a reality for lovers of good wine, [...] today this reality can also boast official recognition. We have added a new gem to that diadem of 500 million bottles a year that is the world of Prosecco ". In fact, listing Rosè as a Prosecco DOC will allow further qualification of a product already on the market, which was not provided with the protection of its Controlled Designations of Origin, in compliance with the rules of wine law. Indeed, according to a survey by Nomisma's Wine Monitor, in America 50% of respondents said they drank rosé wine at least once a year and 46% was Prosecco. Therefore, the recognition of the new type of Prosecco would allow to increase the value of the product itself by limiting the trade of a Prosecco Rosè without DOC requirements, thus protecting the market share. Consequently, a significant link would be consolidated between the product and the territory of origin. The proposal to classify Prosecco Rosè as DOC was opposed by the Independent Trevigiani "FIVI" winemakers who, already in 2018, had doubts about the introduction of the new type of Prosecco. The underlying reasons for the criticism include the risk of disqualifying the entire Prosecco category, which would therefore be "polluted" by introducing Pinot Grigio in a production already characterized by the use of other red grape varieties present in the area. Furthermore, in the opinion of the Treviso association, the idea of ​​Prosecco linked to a specific place would be lost which, as previously stated, is essential in order to use the acronym DOC (or DOP). A further criticism is based on the argument that if such a "hybrid" type of Prosecco were introduced, any policy to enhance the territory would be compromised. To support the skepticism of the Independent Trevigiani Winegrowers is also Slow Wine, guide of the world of wine, which declares that the proposal is based exclusively on earnings rather than on an actual attempt to enhance the territory. Nonetheless, the National Wines Committee of the Ministry of Agricultural Policies has already approved the modification of the production specification introducing the “rosè” variant. The proposal, in fact, was published in the Official Gazette no. 150 of 15.06.2020 with the clarification that this new type of Prosecco must have certain characteristics such as obtaining at least 85% from Glera grapes and from Pinot Noir (vinified in red) from a minimum of 10% to a maximum of 15% (pursuant to art. 2 of the proposal). The estimated times for placing Prosecco Rosè for large-scale consumption are indicated starting from January 1, 2021.

4. Issues hindering the modification of the "Prosecco" DOC

The modification process provides that, before the proposal becomes final, 30 days must pass from its publication in the Official Gazette during which those who are interested can appeal. In fact, from the Trieste Farmers' Association, on 18 July 2020, opposing the amendment proposal, reported that it did not respect the protocols set for the protection of minorities, as the Prosecco areas did not include the "CarsoKras" area (which produces the so-called "Prosekar"). In addition, in the opposition it was highlighted that the modification of the specifications did not incorporate the Slovenian language. In fact, since 2009, in order to prevent Prosecco from being grown all over the world, it was established that Prosecco can be obtained from a specific grape, called "Glera". From that moment it has been possible to market Prosecco obtained from Glera grapes grown in nine provinces of the DOC located between Veneto and Friuli-Venezia Giulia. A specific Friulian area was also included in the territory of interest, as the town called Prosecco is located in the province of Trieste. This locality, due to particularly stringent environmental regulations, which prevent the transplantation of new vineyards, requires special aid to allow the development of the territory. Indeed, the Protocol which provided for necessary aid expired in 2016 without being renewed. Therefore, it is easy to understand the reasons of the Agricultural Association of Trieste, which behind the opposition to the Prosecco Rosè proposal, underlies the intention to obtain more protections and renewal of aid for that specific territory to which Prosecco owes its name. The Consortium for the Protection of Prosecco Doc has therefore prepared a counter-offer: "on the one hand, we offer a political endorsement to their claims, on the other, we have proposed a package of actions to help enhance the typical features that characterize that territory". This made it possible to reach an agreement on 29 July 2020, according to which the Prosekar area will be included in the Prosecco Doc disciplinary. Consequently, the process for the approval of the amendment was concluded with the approval in the Official Journal of the European Union C 362. Where, in point 1, it was established that "The spumante rosé type is included in denomination a production of sparkling wine obtained from Glera B. and Pinot noir vinified in red "And at point 9, nevertheless, explicit reference is made to the territories of Carsokras: "In the designation of Prosecco it is allowed to include on the label the reference to" province of Treviso "or" Treviso "or to" province of Trieste "or" Trieste "or «Pokrajina Trst» or «Trst», if the respective batches consist exclusively of grapes harvested from vineyards located in the relevant provinces and their processing and packaging of the product take place in the same province of grape production ".

In light of the above, the introduction of Prosecco Rosè Millesimato in the protected category of Prosecco DOC is a first step towards responding to an ever increasing demand from foreign countries.The Consortium for the Protection of Prosecco Doc has in fact declared that about 80% of the bottles produced (about 486 million) will be dedicated to the export market, involving about 11,460 winemakers, with the hope of generating positive economic growth. Among the foreign countries of interest to Prosecco Rosè, we should mention Northern Europe, the USA and the United Kingdom, whose strong demand, according to experts' estimates, could double production as early as next year. In conclusion, the introduction of the new certification will prevent any attempts at counterfeiting, placing itself in defense of Italian PDO and DOC products and preserving the geographical indications of our territory, so that the Italian Prosecco Rosè can become synonymous with an Italian product of quality and excellence. and, thanks to these characteristics, appear vehemently on the foreign market and take back that slice of the fancy market, where a product erroneously called Prosecco Rosè had already been widespread for some time, although it lacked the typical characteristics. Bologna - June 7, 2021