This website aims to provide useful legal information for those natural or legal persons who wish to enter into any kind of relationship with Ukraine - focusing on some aspects related to international law and domestic commercial law. This site does not intend to describe in an exhaustive manner international law or domestic commercial law, but simply to focus on the most practical and interesting aspects for those natural or legal persons who wish to undertake business relations with the country. This website has no political content: it is free and open to all subjects who intend to contribute in the field of civil, commercial and administrative law. For any information, clarification, or suggestion, you can contact us at: mail@decapoa.com 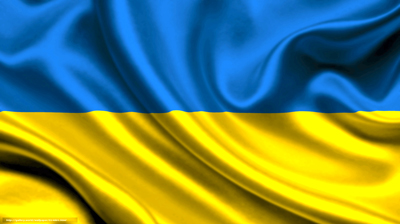 Ukraine is a state in Eastern Europe with around 46 million inhabitants. It is a post-Soviet country, which became independent in 1991. Despite the protracted crisis in the economic and political sectors, Ukraine strengthens its positions on the world market from year to year, particularly on the European market. The Association Agreement between the European Union and Ukraine is an international treaty aimed at deepening the integration between Ukraine and the European Union in the fields of politics, trade, culture and security. The ratification procedure by all parties to the Agreement ended on 11 July 2017, the starting point for the strengthening of mutual relations between the countries. Thanks to the leadership of European integration, Ukraine is introducing reforms not only in the economic and political sectors, but also in the legal sector. In particular, in the last 3 years, the Ukrainian government has introduced significant changes to the legislative system by introducing compliance with the laws of the European Union. Despite this, Ukrainian standards remain different from European ones. At present, thanks to the signing of this Agreement, Ukrainian companies can enter the European market more easily. However, there are difficulties in the legal sphere and in drafting all the necessary documentation, aspects to which the De Capoa Law Firm can offer multiple solutions. The law firm de Capoa & Partners, thanks to its more than thirty years of experience in the field of international law as well as the close collaborative relationships it maintains with qualified local professionals and internal native speakers, can offer interested entrepreneurs a quick, efficient and perfectly aware consultancy. the complexity of the Tunisian legal-economic reality.

» DUE DILIGENCE ON UKRAINIAN COMPANIES AND, IN GENERAL, ON NATURAL AND LEGAL PERSONS

» JUDICIAL PROCEEDINGS BEFORE THE UKRAINIAN COURTS