This website aims to provide useful legal information for those natural or legal persons who wish to enter into any kind of relationship with Egypt - focusing on some aspects related to international law and domestic commercial law. This site does not intend to describe in an exhaustive manner international law or domestic commercial law, but simply to focus on the most practical and interesting aspects for those natural or legal persons who wish to undertake business relations with the country. This website has no political content: it is free and open to all subjects who intend to contribute in the field of civil, commercial and administrative law. For any information, clarification, or suggestion, you can contact us at: mail@decapoa.com 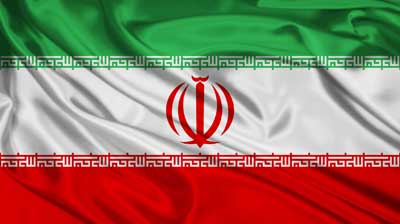 Only second to that of Saudi Arabia, the Iranian economy is one of the engines of the Middle East, Iran represents the seventeenth world economic power: The industrial sector is constantly expanding to the point of occupying 45% of the national economy and the extraction of crude oil places the Iranians in the fifth place among the producing countries. The Iranian market can therefore constitute an excellent space for expansion for international operators. Iranian import legislation distinguishes the following three categories of goods::

In any case, the importer must necessarily acquire the import license that is issued by the Chamber of Commerce, Industry and Mines upon approval of the Ministry of Commerce. Companies wishing to invest or export goods to Iran can expand their commercial network through the activity of a local agent. Art. 656 of the Civil Code of the Islamic Republic defines the agency as that contract with which a contractor instructs the other contractor to behave as its representative. It is important to underline that the Iranian legal system protects the principal company more than the agent and this aspect must always be taken into consideration given that, for example, the legal systems of the countries belonging to the European Union and other countries, vice versa, privilege and protect more the agent than the principal. In particular, referring to the terms of notice, the causes for the termination of the agency contract and the obligation to pay severance indemnity. Certainly, at present, Iranian law does not contemplate all this series of rights in favor of the agent, so it is advisable to evaluate, from time to time, whether to subject the agency relationship to Iranian law, the principal’s home country law or the law of a third country. Another particularly important aspect to consider concerns the provision of the choice of the competent court, where it is included in the agency contract. In fact, the Islamic Republic of Iran does not have agreements in place with many countries regarding cooperation and judicial assistance, which could pose some problems in terms of recognition of decisions adopted by foreign judicial authorities (even if, according to practice, there is an aptitude to accept sentences issued by foreign judges, provided they are not in contrast with internal public order rules). It is therefore preferable to provide for the submission of any disputes that may arise between the principal and the agent to the judgment of an arbitrator, as Iran has ratified the New York Convention of 1958 on the recognition of arbitration awards pronounced abroad. It will therefore be necessary to predetermine the place where the arbitration proceedings will be held, which can be in the country of the principal or in a third country. There are three agent figures typified by Iranian law: the broker, that is the person who acts as an intermediary between the parties in a transaction; the agent on commission, namely the one uses its name on behalf of the principal; finally, the commercial agent. The legislation does not provide that the agent has specific requirements, however it should be noted that the license to import goods from abroad is granted only to physical or legal entities of Iranian nationality. The agency contract can take four different forms: special, when the agent is assigned the task of acting limited to the performance of a specific act; general when the agent can act within the limits of the power attributed to him by the contract; universal, when the agent's powers are unlimited; with the "star of belief" when the agent assumes responsibility towards the principal for the regular fulfillment of third parties. There are no specific formal requirements for the conclusion of the contract, which can therefore take place verbally or for the completion of concluding acts. The duties of the agent, governed by art. 666 et seq. derive mainly from the agreements of the contracting parties. The representative must always perform in the interest of the principal and is considered responsible for economic losses if these are the consequence of his behavior. In any case, the agent is responsible for the obligations undertaken by him with a third party outside his mandate. Furthermore, pursuant to art. 668, the representative is obliged to inform his principal. The duration and termination of the agency contract are subject to the free determination of the contractual will. The withdrawal of the parties from the agency contract is admitted at any time without giving reasons unless provided for otherwise. The termination of the contract is also envisaged due to the death or inability to act of one of the contracting parties (Article 678 of the Italian Civil Code). In accordance with art. 672 the sub-agency is not allowed unless this possibility has been expressly or implicitly provided for by the parties. The contract that a company is about to enter into should explicitly clarify some points: Furthermore, it is advisable to determine exactly the duration of the contract paying attention to the difference between the Western and Persian calendars.

» DRAFTING OF CONTRACTS IN COMPLIANCE WITH LOCAL LAW

» PROTECTION OF INTELLECTUAL PROPERTY AT ALL LEVELS