This website aims to provide useful legal information for those natural or legal persons who wish to enter into any kind of relationship with Brazil - focusing on some aspects related to international law and domestic commercial law. This site does not intend to describe in an exhaustive manner international law or domestic commercial law, but simply to focus on the most practical and interesting aspects for those natural or legal persons who wish to undertake business relations with the country. This website has no political content: it is free and open to all subjects who intend to contribute in the field of civil, commercial and administrative law. For any information, clarification, or suggestion, you can contact us at: mail@decapoa.com 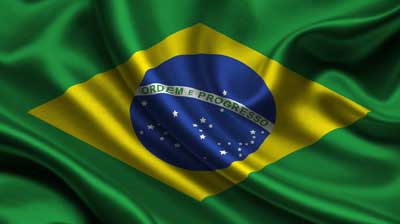 Brazil is a federal state made up of 26 states, to which the federal district of Brasilia, the country's capital, must be added. 72% of the population, equivalent to about 155,000,000 inhabitants, lives in the urban areas of the Atlantic coast. In 1988 the new Constitution was adopted which, through the effective division of legislative, executive, and judicial powers, led to the birth of a modern democratic system, on the model of Western ones. Since 1994, Brazil has been (and continues to be) the protagonist of powerful economic growth thanks to a series of economic reforms, such as the privatization of some state-owned enterprises, as well as the encouragement of investments by foreign companies. The federal government has introduced a series of tax incentives, with the aim of supporting the industrial market, especially in those sectors for which Brazil normally depends mainly on imports. Thanks to the aforementioned interventions, it is now estimated that Brazil has foreign exchange reserves of over $ 325 billion, of which over $ 200 billion with the United States. The economic foundations of Brazil also have a positive outlook, as the Brazilian economy can count on stable growth and a long-term economic policy. Brazil, therefore, presents itself as an extremely interesting economic reality for foreign entrepreneurs. However, before undertaking an investment, the necessary safeguards or precautions should be taken. In fact, the foreign entrepreneur is required to provide, in advance, a declaration about the amount of the investment to the competent Brazilian government authorities, having to fulfill some obligations of a currency nature. Furthermore, it is always advisable for the entrepreneur to prepare appropriate contractual tools, with which to define all aspects of the relationship with their local partner. The law firm de Capoa & Partners, thanks to its over thirty years of international experience as well as the close collaborative relationships it maintains with numerous local professionals, can offer interested entrepreneurs a quick, efficient and perfectly aware of the complexity of the Brazilian legal-economic reality.

The Constitution of a Company

» DUE DILIGENCE ON ALGERIAN COMPANIES AND, IN GENERAL, ON NATURAL AND LEGAL PERSONS

» JUDICIAL PROCEEDINGS BEFORE THE BRAZILIAN COURTS