This web site aims to provide some useful legal information for those persons who are willing to enter into any kind of relationship with the Democratic Popular Republic of Algeria – by focusing on some aspects related to international law and to domestic commercial law.
Therefore, this web site is not intended to exhaustively describe international law or domestic commercial law, but simply to focus the attention on the most interesting and practical aspects for those persons who are willing to enter into a business relationship with the Country.
This web site has no political content: it is free and open to all persons who intend to give a contribution in the field of civil, commercial and administrative law. For any information, clarification or advice, please contact us at: mail@decapoa.com. 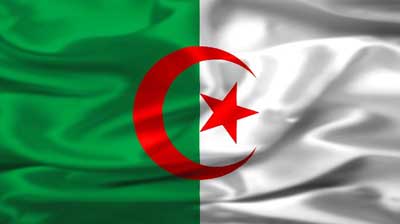 The People's Democratic Republic of Algeria is one of the most interesting and attractive countries of North Africa and is an important center of business, both from the point of view of domestic consumption and as a platform to achieve market penetration programs in the neighboring countries.
One of the ways to approach to the Country is hiring agents or distributors who are able to effectively supporting the foreign company which intends to promote the supply of its products or services.
Given that the country has a very well-articulated, detailed and stable legal system, as far as the commercial and corporate law concern, it takes inspiration from French civil and commerce codes.

With regard to the agency contract, according to the Algerian Commercial Code (art. 34), such contract is defined as an agreement by which a person, without being bound, undertakes to promote and to regularly conclude purchases and/or sales, and more generally, all other commercial transactions in the name and on behalf of a dealer principal. In particular, the definition of the Code de Commerce states that:

Therefore, when drawing up a commercial agency contract, you can use the models suggested by the International Chamber of Commerce in Paris or by other institutions, or those adopted by the international practice.
But unlike the provisions of the laws in force in EU countries for example (which have transposed the Directive 86/653/EEC on commercial agents), the Algerian law does not provide for special obligations or limitations, nor public policy clauses in favor of the agent. One of the few existing limitations concerns the period of notice in the event of termination of the relationship, which must always be adequate in relation to the duration of the contract.
This implies that, when a foreign company - especially European - wants to appoint an agent in Algeria, it can carefully evaluate the opportunity to use the Algerian law as the one applicable, because there are no safeguard clauses protecting the agent (for example the obligation to pay a compensation at the end of the relationship or the obligation to remunerate the non-competition agreement and so on). The contract may then be very simple, with the foreign principal providing for and complying with the periods of notice, which, again, shall be consistent to the duration of the relationship.
In view of the fact that Algeria has ratified the New York Convention of 1958 on International Arbitration, it is recommended to insert a clause in the contract providing for the exclusive jurisdiction of an arbitrator who will know and decide on any potential dispute between the principal and the agent. An administered arbitration would be better, that is subjecting the proceedings to an arbitral regulation adopted by an independent body which can be a Chamber of Commerce, whether Algerian or of a third country.
To sum up, the contract can be drawn up in French or in another language; the Algerian law can be chosen as the applicable law. It is useful to include an arbitration clause, which has to recall an arbitral regulation adopted by an Algerian or foreign Chamber of Commerce.

The distribution contract is not governed by a specific law in the Algerian order, as well as in many other orders. Then the contractual models adopted by the international practice can be used.
As to agency contracts, the Algerian law does not provide for special obligations or limitations for the principal and then in favor of the distributor.
Given the fact that in Europe, the law requires the principal to pay to the distributor – as if they were commercial agents - an allowance for the creation of goodwill in case of dissolution of the relationship, also in this case it should be carefully assessed whether to choose the Algerian law as the one applicable to the relationship. The absence of specific legislation concerning the distribution, in fact, implies that in case of dissolution of the relationship any allowance will be granted to the distributor.

This type of contract is very used in Algeria and it belongs to the business contracts category, in addition to the agency and distribution agreements.
The contract relates a franchisee and a franchisor. The franchisor gives the franchisee the right to use and distribute its brand and its label for commercial purposes, and the right to manufacture its products and to market them. In return the franchisee agrees to pay a sum calculated on its turnover and to be subject to a list of franchisor's obligations for which: it shall comply with the manufacturing standards of the franchisor's product, with the fees applied, with the obligations to manufacture the products that the franchisor will choose to put on the market and with the rules related to the staging of premises.
The franchising contract is not subject to specific legislation. The contracting parties are mostly free to draft the clauses according to their convenience and to organize their reports according to their own needs. The generally common rules of franchising contracts concern:

In March 2011, the Algerian Ministry of Commerce issued a note to all importers reminding them of the obligation to submit a proof of compliance of products to be imported by means of a certificate of conformity or of the certificate of quality for all exports to Algeria, in order to ensure that they satisfy the relevant legal and regulatory requirements. This obligation is imposed by Law 09-03 of 25/02/2009 on consumers’ protection and on fraud prevention and by Decree 05-467 of 12/12/2005, on the conditions and control procedures of the goods imported at customs.
The required Certificate of Conformity may also be referred to as the "Certificat de contrôle de qualité". This document shall certify that the goods are in compliance with country’s regulations and technical standards. The original copy of the certificate of conformity is required for each shipment and it should be issued in the exporting country. It is a mandatory document.
These measures primarily state that the compulsory label must be firmly fixed to the packaging or printed on it. The details (name under which the product is distributed, details about the producer and the importer, indication of the net quantity expressed in international metric units, methods of use of any precautions) must be written in a clear and legible way and by using indelible ink. For the import of foodstuff, if the volume or weight is less than 5 liters or 5 kg, any material can be used for the transport except for glass or transparent plastic bottles, vases or jars.
On the website of the Algerian Ministry of Commerce a note was published (March 2012) referring to the importer’s data which are displayed on labels and packaging of goods destined to Algeria. This note became necessary after that many shipments were found – and therefore blocked – to have wrong importer’s data (name and address) on the labels of the packaging. These controls were carried out by the Quality and Fraud Control Service at the Algerian border under the authority of the Ministry of Commerce.
Regulation on product packaging is also present in the legislation on product labeling. With reference to the languages permitted on packaging and labels, all products sold by retail on the Algerian market must be accompanied by an information leaflet in Arabic. Please note that all foodstuffs, cosmetics and pharmaceuticals must then be "halal”, that is in accordance with the precepts of the Muslim religion, and it is advisable to obtain this certificate before exportation.